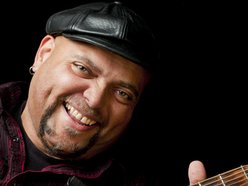 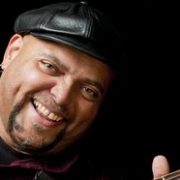 Iowa City blues musician Kevin B.F. Burt was the winner of the Solo/Duo competition at the 34th International Blues Challenge (IBC), presented by the Blues Foundation, on Saturday evening. In addition, he won the Lee Oskar Best Harmonica award and the Cigar Box Guitar award for Most Promising Acoustic Act. Kevin was among 235 bands & solo/duo acts from around the world entered into the 5 day event on Beale Street, which in addition to the IBC competition, also features an International Showcase, a Youth Showcase and the annual Keeping the Blues Alive awards.

This was Kevin’s 2nd opportunity to participate in the IBC. In 1995, he and his band the Blues Instigators represented the Central Iowa Blues Society at what was known then as the International Blues Talent Competition

Videos of Kevin’s preliminary round performances on Wednesday & Thursday nights at Lew’s Blue Note Bar & Grill, his semi-finals performance on Friday at Peoples on Beale and his finals performance on Saturday at the Orpheum Theatre can be seen on the Central Iowa Blues Society’s Facebook page: https://www.facebook.com/centraliowabluessociety/

The Iowa entry in the Band category, the Avey Grouws Band – Jeni Grouws from Decorah & Chris Avey, Bryan West, Randy Leasman & Andrew Durham from the Quad Cities, advanced to the semi-finals before being eliminated.

The Redwoods, a youth act from Omaha/Council Bluffs was sponsored by CIBS in the Youth Showcase

Blues News from Rockin In the Blue Year 2017